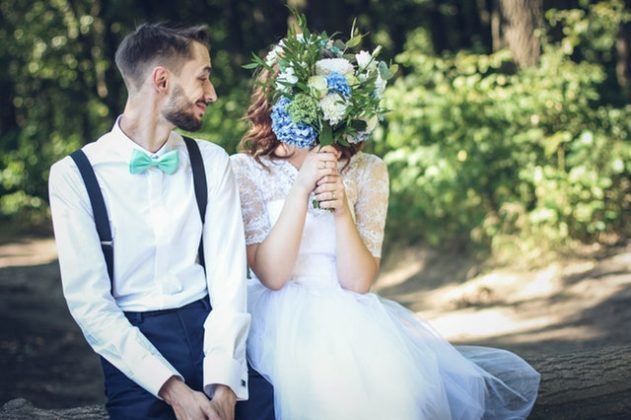 On Tuesday, October 7th, the 9th Circuit Court of Appeals issued a landmark ruling striking down marriage bans in Nevada and Idaho. Just the day before, the U.S. Supreme Court denied review of five marriage cases before the Court—leaving lower appellate rulings that had struck down marriage bans in each of these five states to stand.

But despite this historic victory, it wouldn’t be until Thursday before loving and committed same-sex couples were free to marry in the state of Nevada.

The confusion began when both the Governor and Attorney General announced that they would not appeal the 9th Circuit ruling striking down Nevada’s marriage ban. But because the at the last minute, the 9th Circuit had combined Nevada’s case with Idaho—where state officials had announced their intent to appeal—the U.S. Supreme Court issued a stay on the landmark ruling.

Just five hours later, Justice Kennedy reversed his order, saying that the delay of marriages in Nevada was a clerical error. Then, that same day, the Coalition for Protecting Marriage withdrew their motion to intervene in the case, leading the 9th Circuit to reissue their mandate on the Nevada decision. Once a district judge issued an injunction, it cleared the way for clerks to issue marriage licenses to same-sex couples immediately.

After many twists and turns, on Thursday, October 9th, loving and committed same-sex couples across the state of Nevada were finally free to marry, including State Senator Kelvin D. Atkinson and his husband Sherwood Howard, who became the first same-sex couple to legally marry in Las Vegas.

We are so proud that the Silver State has finally secured the freedom to marry. We want to give a special thank you to the brave plaintiffs, their fantastic legal teams and our incredible supporters—for without which, this incredible victory would not be possible.

Join us on Decision Day!

Be the first to know when the court rules